Most of the dams along the Columbia River are operated and maintained by The U.S. Army Corps of Engineers. The Bonneville Power Administration, which provides about 35% of the electricity used in the region, buys electricity wholesale from the dams and distributes it to utility companies in eight western states.

Oddly, studies on the effect of a subduction earthquake on Columbia River dams (and downriver communities) is hard to find. However, at least some geotechnical experts believe the dams are far enough inland to avoid major damage.

Near Bonneville Dam, about 45 miles upstream, the Bonneville Landslide slid from Table Mountain into the river, creating a temporary Bridge of the Gods land bridge, near the current highway bridge. 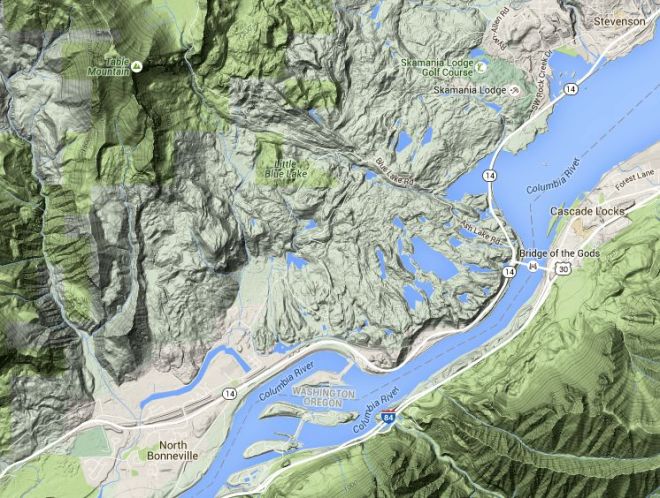 The lake behind the temporary dam submerged trees for 35 miles along the river and formed the cascades of Cascade Locks. 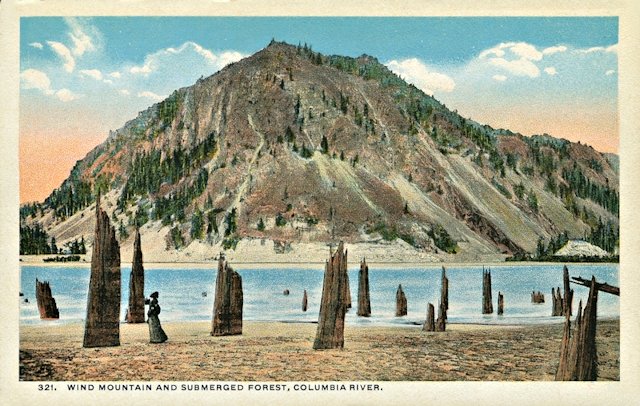 From analyzing the radiocarbon dates, “my feeling is that the landslide likely happened between 1550 and 1750,” said Patrick T. Pringle, a geologist with the Washington Department of Natural Resources who has been conducting a study with a landslide expert with the U.S. Geological Survey. That puts it around the last subduction zone quake in January, 1700. So, there’s that. 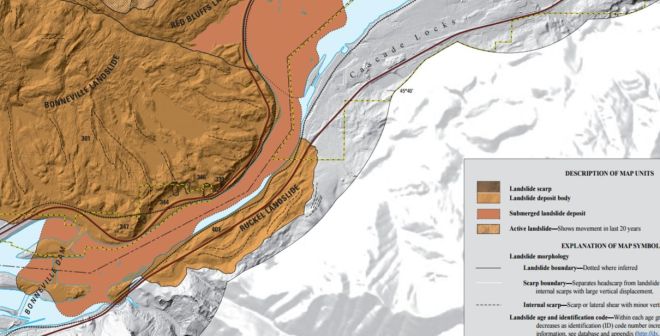